Back to Blog Posts
Prev Next

Idaho has a rich history that extends back to the time of settlers from the United States and even further to the establishment of many different Native American tribes, but it goes even further back to a more ancient era before human feet could dig toes into Idaho’s dirt and when the landscape did not quite look like it does today. Idaho has a lot of prehistoric history in its bones and I want to give you an idea of what there is to see.

Most of what you are going to find in Idaho that has to do with the ancient world. In general, there are only bones left (With at least one notable example that we will get to a little later). However, bones can be pretty fun and interesting. In some senses, it can be cooler and more interesting to learn about a creature from the skeleton it left behind. Of course, seeing a tyrannosaurus rex in the flesh would be extremely exciting (And probably extremely terrifying) but it is also fun to look at what is left of such an animal and infer things about how it used to look and behave. The beast becomes a puzzle rather than a painting, and puzzles can be a lot of fun.

The Clarkia fossil beds are an example of one destination in Idaho that proves to be a rewarding experience. The fossil beds sit in what used to be a lake many millions of years ago. It is not a lake today or the fossil beds would have been much more difficult to find (And the finding would have involved a lot more scuba diving) and you can get easy access to most of the interesting points. There is a fair amount to see in the area when it comes to animals that are long since dead and extinct but what makes the Clarkia fossil beds truly special is what was found there in the way of plant fossils. The conditions of what led to the fossilization in the area were ideal so that much of what can be found is hardly fossilized at all, leaving behind a better picture of the plant life than can be found anywhere else. The samples that have been found and which might still be found if you do some exploring of your own (Legal and ethical exploring, mind you) are delicate and need to be handled as carefully as any other fossilized object, but there is a lot that can and has been learned about these plants.

But really, the most famous fossil bed in Idaho is not famous because of simply plants. Plants are cool, and they inspire whole career fields in botany, but most people are more interested in the larger animals. For that, you should go to the Hagerman fossil beds near Hagerman Idaho. You are not going to find any tyrannosaurs but there are still some remnants of some very interesting animals. The Hagerman fossil beds are known for the Hagerman horse, a species of horse that is an ancestor to the modern horse we are all so familiar with. A large collection of bones linked to Equus simplicidens (Its scientific name) was found in the Hagerman fossil beds and many of them were complete skeletons, allowing those that discovered them to instantly have an idea of what they looked like and what the differences were between a Hagerman horse and a modern horse. In some instances, the Hagerman horse has been compared to a zebra and has even earned the name American zebra from some, but there is a definite and close relationship between the Hagerman horse and the modern horse. After all, when you are listening with your ear to the ground and you hear pounding hooves, you do not assume it is zebras closer, but horses. As a final bit of trivia, the Hagerman Horse is the state fossil of Idaho. That is right, Idaho has a state fossil. A lot of states do.

Now, about that fossil that is not a fossil or that remnant of ancient times that is still kicking around. Again, we are not talking about a tyrannosaurus, as that would be a bit of a headline maker if there were still 20-foot-tall carnivorous reptiles wandering around Idaho. Instead, you are left with the Snake River sturgeon. The white sturgeon swimming around in the Snake River are not exactly what you would have found in the river 40 million years ago, but they are pretty much unchanged from that time. For whatever reason, these sturgeon were well adapted to survive what made other animals across the world extinct over the years. Whether it was something humans did or a giant meteor that almost wiped out all life on earth, the sturgeon are still kicking around despite it. White sturgeon can be massive and old. There are no fish the swim in freshwater bigger than white sturgeon (They end up in the thousands of pounds) and some of them can get to the point where they are over 100 years of age.

For many adventurers, camping is an ideal outdoor activity. There are a lot of things you can do outdoors that are really fun and get the blood ...Read More

Preparing for Summer Fun in Idaho!

Idaho can actually be busier in the summer than in the winter with so many people clamoring to try out the skiing slopes of the Idaho mountains. ...Read More 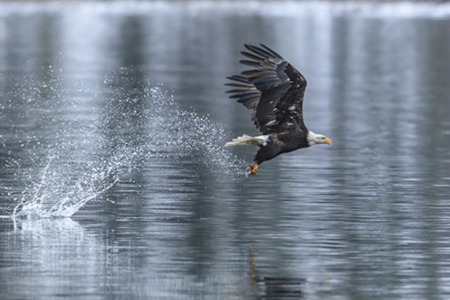 What makes the Snake River great?

There are few things in the state that are as unique and impressive as such a large and winding river that cuts right through the heart of Idaho. It ...Read More

Contact Me
Questions? I'm Here to Help
Recently From Our Blog 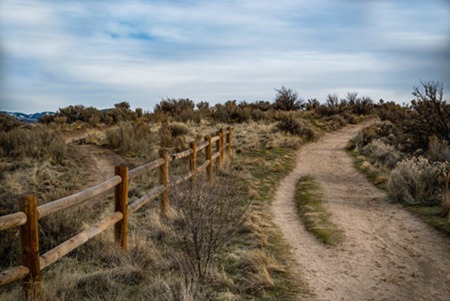